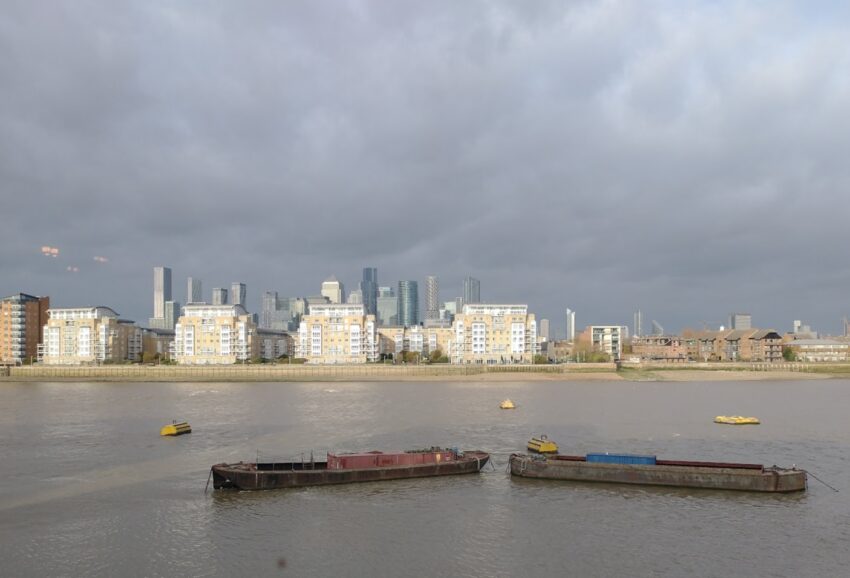 For a long time left housing campaigners have repeated constantly that the problem of housing in London is not that there isn’t enough, it’s that it’s poorly distributed. Housing clearly is poorly distributed in London, with many new-builds, old-builds, and ex-council houses snapped up by landlords. And perhaps sometime around the early 2000s it was true to say there wasn’t much of a supply problem. The reason it has been appealing to continue saying ‘there’s plenty of housing, it’s just about who owns it, or about empty housing’, is that it puts very clear water between you and some people you wouldn’t give the time of day if you met them in the pub: property developers, Tory MPs, YIMBY cheerleaders aligned with developers, and other assorted unsavoury types.

The only problem is that at this point it simply isn’t true that there’s no supply problem in London. The easiest way to make this clear is to say that in the last twenty years of what felt like a never-ending building boom (with the slight break of the financial crisis) 500,000 new properties have been built in London. Sounds a lot, right? But the population of London has grown in that time by 2 million. How well do 2 million people fit into 500,000 new properties? Not very. On average London has 2.5 people per household. That would require 800,000 new properties, a 300,000 shortfall. But the real picture is definitely worse than that, because a high percentage of new properties are 1 or 2 bedroom, and even those with more beds are built at a smaller size. You might manage for a while with three kids in a three bedroom terraced house with more space, but in the rabbit hutch of a three bedroom new-build? Good luck. So supply has not been keeping up with population growth, which has been driven by birth rates, immigration, and more recently an increase in foreign student numbers.

The typical left housing campaigner has answers to this: seize the empty properties! End airbnb in whole properties kept exclusively for that purpose! And these are both good ideas that I advocate, and they would take you a long way in the rest of England, which doesn’t so clearly have a supply problem. But there are 80,000 empty properties in London. Whatever efforts you’ll make you’ll never get 100% seizure rate, but let’s say we can get 60,000 properties from this. There are about 40,000 complete flats/houses rented out on Airbnb in London at any one time. Some of these are from people running big businesses (‘Veronica’, presumably a company, owns some 282 properties), but some of these are rented out while people are away on holiday. Let’s say we could 30,000 back on the market by banning short term lets in whole homes. So from these two routes we could claim back 90,000 in total (and I still think that’s an optimistic figure). That still leaves a shortfall of 210,000 homes just to cover the growth of London in the last 20 years, and more if the population continues growing.

Let’s remember that capital often thrives on scarcity, particularly in the case of land and housing. Sometimes that scarcity is real, sometimes it is artificially created. As a result it is quite unusual for the private sector to oversupply housing. There are rare exceptions to this – capital gets moments of madness where even its own interests get overridden – but it is interesting to observe what happened in the wake of the financial crisis in Spain, which did over-build for some years. Banks began re-possessing properties left right and centre (resisted by the PAH of course) but they mostly didn’t sell them. Prices were too low so they just sat on tens of thousands of homes, waiting until scarcity could make them profitable again. In housing, scarcity is the condition that capital most loves. So why do we find it hard to believe that there is a true scarcity of homes in London?

There are not enough homes in London, and it seems to me there are two ways to deal with it: the more authoritarian one of pushing people out of London, or building more homes. What distinguishes left housing campaigners from YIMBYs should not be that we don’t believe new homes on a large scale aren’t necessary but that we believe the tenure of the new homes matters. A lot. There are tens of thousands of people living in the tax-funded, mostly privately owned, slums of Temporary Accommodation. As far as I’m concerned nothing but social housing should be built in London until everyone one of them has a decent home. The current situation is despicable. And since both Local Authorities and Housing Associations have failed as decent landlords in recent years, I think a lot of that new housing could be run in cooperatively owned and managed ways that allow residents to set priorities – let’s not send a bunch of new people into the hands of landlords they’ll learn to hate within a few years!

Besides wanting to distinguish themselves from YIMBYs, the left has always wanted to be clear that rents are not truly set by market forces most of the time, they are set by landlords, who could charge less (many of them don’t even have mortgages) but who ruthlessly keep pace with local ‘market rates’. But we can surely denounce the greed of landlords at the same time as saying it is a shortage of housing that creates the conditions for them to be able to put up the rents. The gouging landlords are morally deficient, but that doesn’t mean that them voluntarily lowering rent would reduce the size of queues for house viewings – quite the opposite. This is particularly clear when the population of London is still growing partly due to migration. As a rule, the section of the left that is broadly pro-migration could make themselves a lot more popular by talking constantly about how we should build schools, hospitals and houses to keep up with growing populations. If housing and services were expanded to keep up with growing populations, I believe a lot of the resentments that some people feel about immigration would fall away.

There is a shortage of housing in London. It doesn’t do us any favours to deny this. Admitting it doesn’t let the landlords off the hook, it doesn’t mean we agree with developers about the solution. It just means that we need to campaign for a massive house-building program of publicly owned housing. It does have a few other consequences: local campaigners often complain now about new developments moving areas from low-density to medium-density (often between 5 and 10-storey blocks). I don’t think we should give this complaint too much space in itself, though some local conditions might make it more apt. To fit more people in (and no doubt more migrants are coming and many of us want to welcome them), London must either sprawl across countryside or become more dense, and I think the latter is the better option. A lot of other European cities are medium-density. It’s not a terrible thing. It even has benefits if done right, such as making cities more walkable. So when the next densifying development comes your way, perhaps its time to ask whether it is the density of the development itself that is a problem, or the tenure of the homes.

London does need more houses. But they shouldn’t be privately owned, or even ‘affordable’, they should be genuinely social homes controlled by their residents. Until that happens, there is a supply problem, though not of the ‘luxury flats’ that the developers want to build. The developer lobby says London needs about 100,000 new homes a year, while delivery is below 50,000 a year. We can quibble on numbers but their point is correct: enough homes aren’t being built. We don’t have to disagree with that point, just their solution. After a brief pandemic blip the population of London is growing again. I think 100,000 new homes a year would make many people’s lives so much better and happier, and give their children a better start in life. They just need to be the homes that we know are needed: publicly owned homes at social rents.