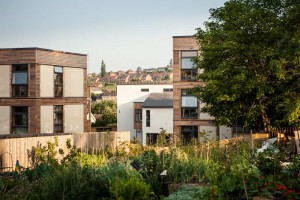 This post is about a new type of housing co-op, a Mutual Home Ownership Society (MHOS) only one example of which currently exists in the UK. That co-op is LILAC and I interviewed a member to find out more about it. I was particularly interested in whether it was suitable for small house-share co-ops, and whether it would make it easier for members of a co-op to invest in the co-op.

If you want to skip the details, here is a non-executive summary:

Pros: All the usual benefits of co-ops, members can acquire equity but cannot speculate on house price rises, early members do not support later residents to the same degree as a rental co-op.
Cons: The fewer members you have, the greater the risk of not being able to move equity around in a convenient way, and the greater the risk of a high percentage of members opting for or falling into low-income living.

Here are the basics of the model:

In an HMOS the properties are owned by a co-op but unlike in a normal housing co-op most of the tenant’s ‘rent’ money goes to building up equity that they can then withdraw when they leave. If the whole co-op were worth £1 million, with ten properties of equal value, the equity allocated to your property might be £100,000. You might buy in with, say, 10% of that, then you pay in until you reach your equity ceiling. The rent at LILAC is set at 35% of your net income until you have acquired all your equity shares, then it falls to 10% of your income. There is a minimum income level, though you could earn less and pay over 35% if you wanted. The value of individual equity is index-linked, not to the housing market but to income. You can move out if the co-op can fund the buy-back of your equity shares, or if other residents can take them on, or if you can find a replacement member who can buy you out (or some combination of these).

Some further information from LILAC:

The number of shares owned by each member depends on what they can afford and the cost of their home. The more they earn the more equity shares they can afford to finance. If their income falls, rather than lose their home, they can sell equity shares if there is a willing buyer or, in specified circumstances such as loss of employment or disability, convert to a standard rental tenancy.

If affordable payments (set at 35% of net income) is above the amount required to finance equity shares of the value of the build cost + 10%, the remainder will go into the contingency and future fund.

If a member moves out and sell their shares before they have lived in the MHOS for three years they will only be able to sell them at their original value. For members who leave after three years the value of the equity shares will principally be driven by references to increases (or decreases) in average incomes for the area. They will get the value of their original shares plus interest at half the rate of increase (or decrease) in average incomes for the area.

In case it isn’t obvious, there is an interesting advantage to an MHOS over a normal co-op. If you move out you have some equity to take with you. In a normal co-op if a job or life circumstances forces you to move out you are cast out onto the market to deal with it as you can. Given that the housing and rental market seems set to be insane for the foreseeable future this is not too appealing. In addition a rental co-op disadvantages those who start the co-op (having to spend more of their income on rent) and advantages those who join later, who will have lower rents without having to make much effort. It’s a bit of an act of altruism to set up a co-op you might leave – an MHOS doesn’t penalise those who start the co-op, or not so much.

I am interested in setting up a smaller co-op so I talked to Paul from LILAC both to find out more about the MHOS model and to find out how useful it would be in a shared-house type of housing co-operative. What follows are notes from the conversation, suitable for those with advanced-level curiosity about the model:

• About 10% of the monthly payment members make is going to maintenance and 90% to buy up equity shares. LILAC is a new-build so maintenance costs could be higher in older buildings.

• For the individual there is advantage in paying in extra capital when possible, as you will be able to drop from paying 35% of your income to only 10% sooner. It may also just be a place to keep your money. But having people with lots of equity at the beginning might make it difficult for people to leave as the society may not be in a position to buy them out.

• Because LILAC is currently in a fixed-term period for their mortgage they can’t pay back the mortgage at a faster rate yet – after 5 years they’ll be able to. So they can’t actually absorb extra capital yet, except in the reserves funds or if existing members want to sell equity shares.

• Smaller scale housing co-ops might have less scope for equity share transfers. Members who are financially in a good position can take on extra shares from members who are struggling financially. But the fewer people you have the less scope you’ll have for this type of transfer. This also applies if people are leaving and the equity shares need to be reassigned to another member.

• When you sign a lease with LILAC you can’t just walk away from it when you want to, unlike a tenancy. LILAC has to be in a position to buy you out, or you have to find a person who can buy in up to the value of your shares. The terms of the lease mean LILAC can prevent you withdrawing your money (releasing you from your lease) until the co-op can afford it.

• LILAC allows subletting for a year max under exceptional circumstances but would probably regard it as too risky to allow subletting if you were leaving the co-op (and just wanted to cover the period until you could get out of the lease).

• If someone goes onto housing benefit they get switched over to a periodic tenancy, and cannot accrue equity. Shortfall (there is a Housing Benefit cap) could be covered from central funds for a while. Both this and people choosing to live on low incomes creates a higher risk in a smaller co-op – you are more likely to have a higher percentage of people fall into low incomes or benefits at once. This is unsustainable in long term and LILAC would ask you to leave.

• An HMOS is to serve an ‘intermediate’ market of people who can’t quite afford to buy by themselves but have a bit more than a minimal income. It isn’t really targetted at people on low incomes. The requirement for some up-front payment does reduce access.

• The fact that those leaving take equity with them means that it will be more expensive for later residents than a rental coop would be. You could de-link equity from income growth so you take out literally what you have paid in, making it relatively cheaper for later members, without leaving you with absolutely nothing when you leave as in a rental coop.

• It may be possible to do a hybrid co-op model – some space rented and some on the equity model. There would be different payment schemes but you could offer the same membership rights. This hasn’t been done yet in the UK. It could introduce inequalities that wouldn’t existing in a rental coop.

• Members are registered as owners of their property – the part of the co-op they inhabit. There is some personal liability. If there is negative equity and the co-op goes under and the buildings repossessed, the money owed would be divided between the members. This is different from a co-op where there is no personal liability.

• In 25 years if the mortgage is paid off and the society doesn’t need extra funds, new members may only have to pay 10% (or some other amount). But that will be decided at the time.

• Like a normal co-op an HMOS can accept loanstock from non-members.

• Everyone has been allocated an equal part of the common house of the co-op, and of the land surrounding. This is part of your ‘equity profile’, included in the cost of your home.

• An unknown at the moment is how or whether you can register members as owners of single rooms within a shared property or whether it would matter if you couldn’t.

And finally, LILAC would love to help other people who want to set up an HMOS. CDS Co-operatives can provide model rules. For those who haven’t had enough detail yet, this is Schedule 6 of LILAC’s lease agreement, which describes the obligations and rights of a member in relation to equity shares.

People Over Capital: The co-operative alternative to capitalism – a review

The failure of intentions 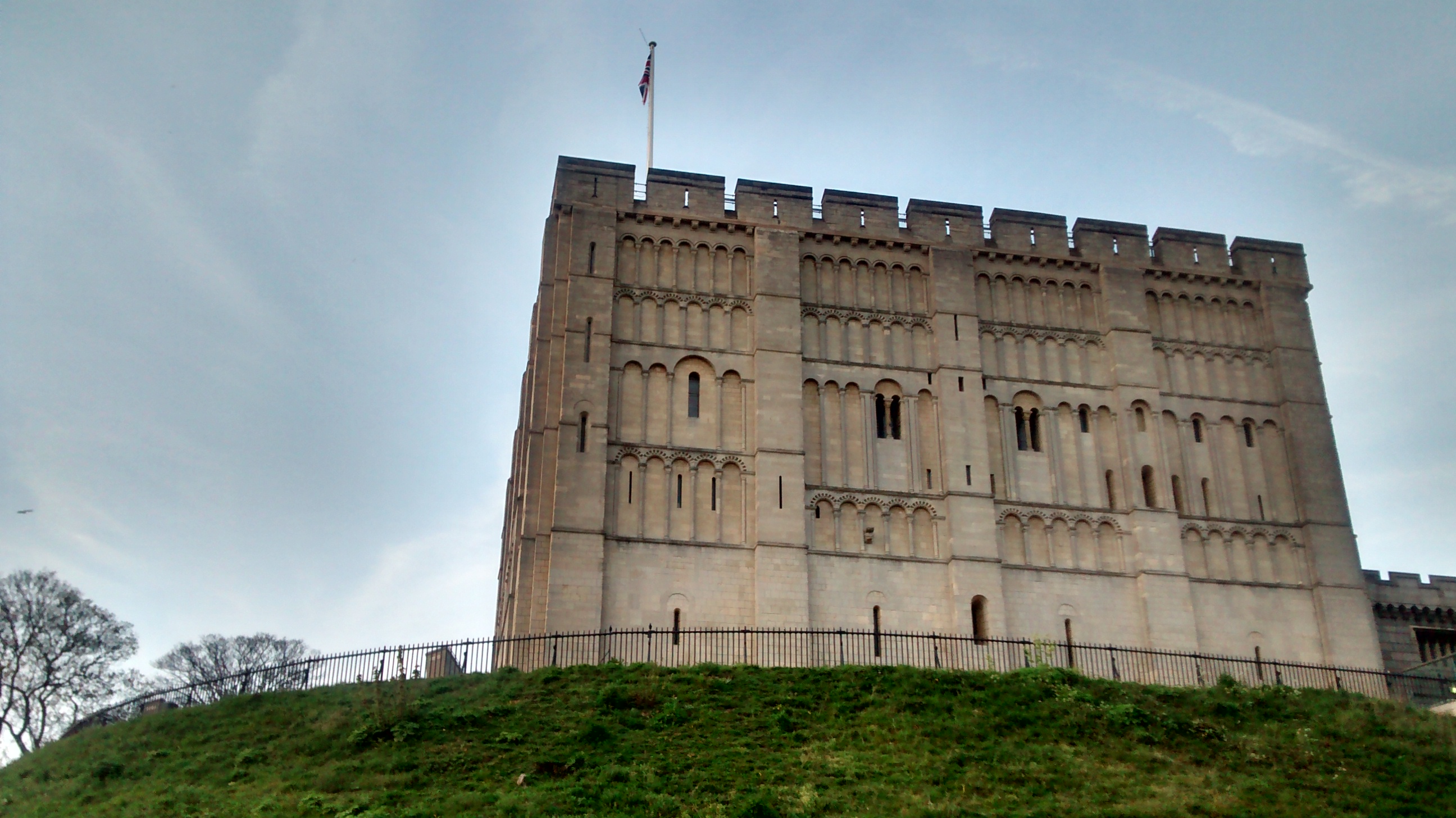