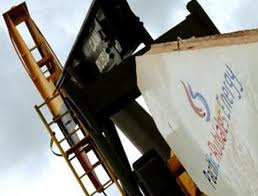 I did some work in Colombia with REDHER, a network of social organisations, and yesterday discovered that on Saturday (20th July) their office was broken into and computers and other equipment stolen. This appears to be part of a campaign of retaliation and intimidation in response to a Juicio Etico – a people’s tribunal – directed at the Canadian-Colombian oil company Pacific Rubiales.

Other people and organisations have also been targetted, including a death threat directed at community leader and union member Hector Sanchez, who had organised meetings as part of the tribunal. A note left for him included the phrase “Our condolences on the loss of your wife and child.” There have been hacking attacks on websites involved in the tribunal, and the boss-friendly ‘union’ trying to replace the trade union USO – which has spoken out against Pacific Rubiales – has made ominous threats against the real union.

The report of the events in Spanish is here.

I had a rather quiet time in Colombia so it is strange to think the office in which I sat has been attacked. It is a reminder of what can happen in Colombia when powerful multinational companies pursue their interests as aggressively as the environment allows – in part the topic of my previous two posts.

REDHER is helping to organise the final part of the people’s tribunal against dispossesion by multinational companies, to be held in Bogotá on 16, 17 and 18 August.