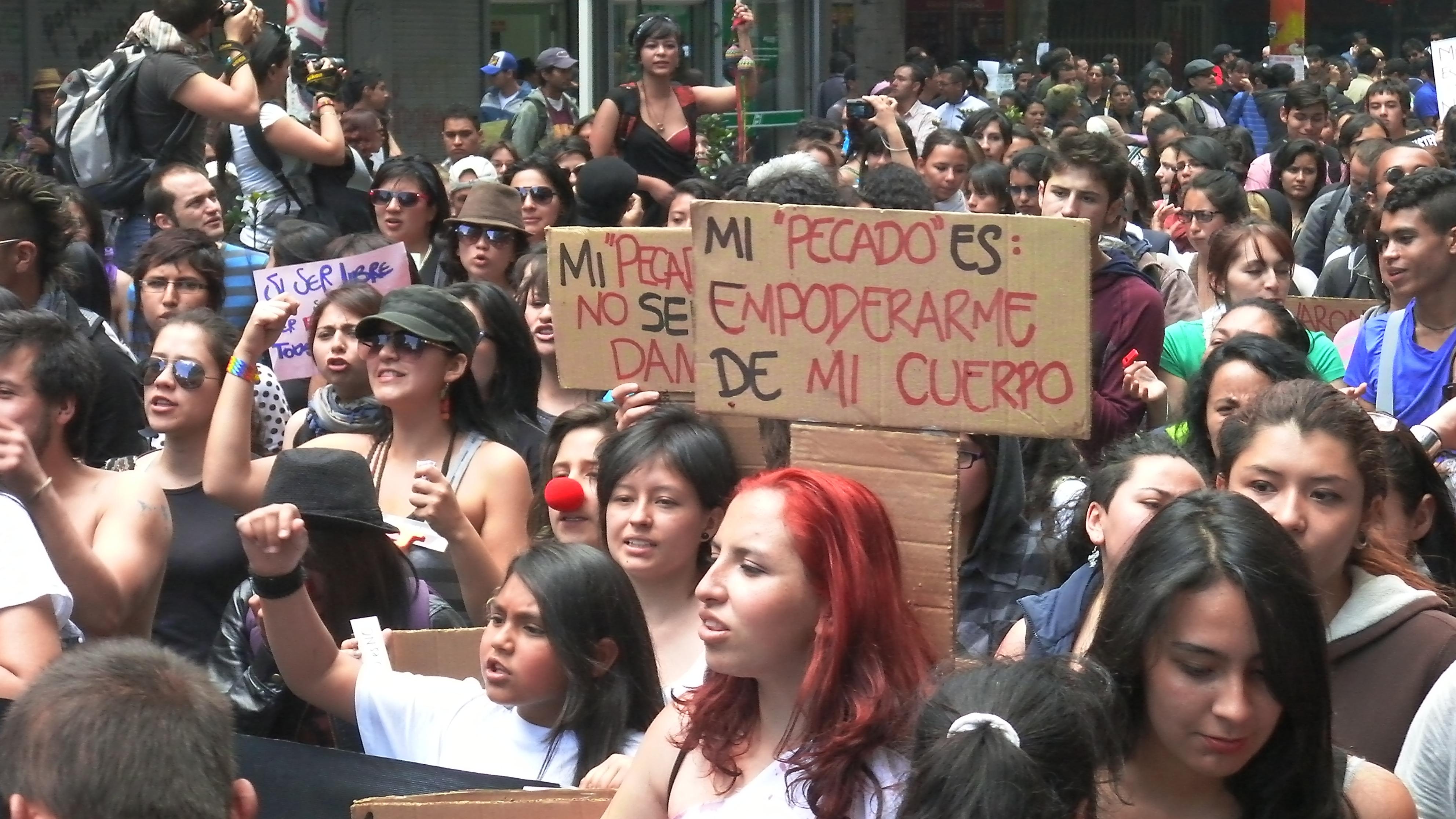 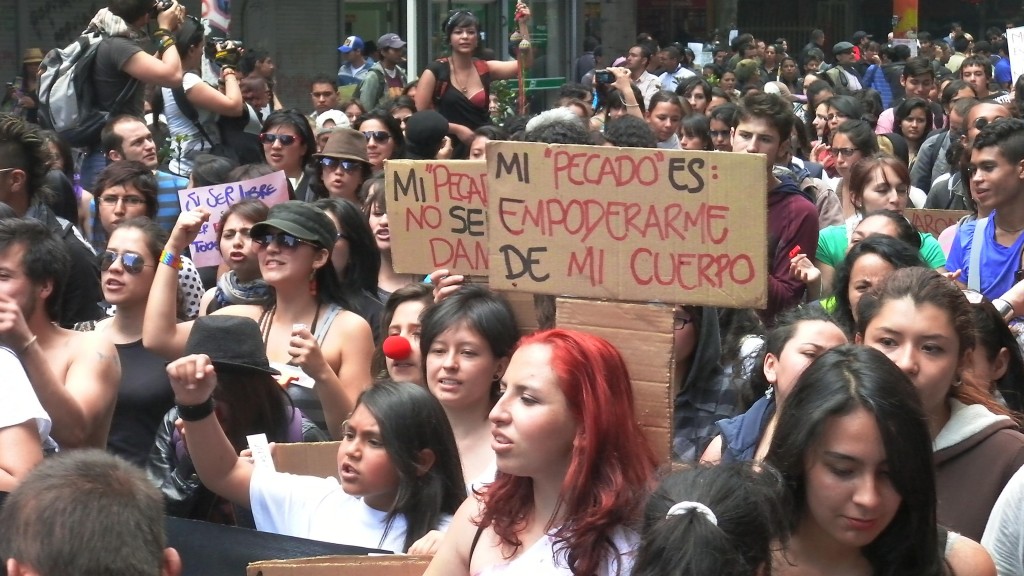 A thousand women’s rights campaigners marched through Bogota on 6th April 2013 for the right of women to behave and dress as they like.

Joining a global trend of similar annual “slutwalks”, as they are known in English-speaking countries, the participants in the “Marcha de las Putas” in Bogota demanded a change in attitudes towards women in Colombia.

“We are here because Colombian women are often victims of abuse. We are here to assert our rights. We are fighting rape, abuse, domestic violence.” said Jenny, a participant in the march. “This is a very macho country – the men believe that if they are with a woman she belongs to them, like property.”

The global ‘slutwalk’ phenomenon has always attracted a lot of attention for its scantily-clad women asserting their right to dress as they please without being abused. A popular chant in Bogota was “Puta o no, no es no,” or “Whore or not, no means no.”

Another participant, Sara, explained why she was there. “Sometimes you can’t walk in the street because people will say things to your that aren’t very nice. They make you feel uncomfortable. The other thing is that some people think you should just be in the house looking after the children and cleaning.”

As well as fighting conservative attitudes, women and women’s organizations on the march were concerned about the sexual violence that has been an integral part of the armed conflict. The UN has called on Colombia to end impunity for sexual crimes by the armed forces.

“We are trying to make people aware of our rights. Our bodies are our own,” said Jenny. “We would ask the men of Colombia to join us and understand this.”