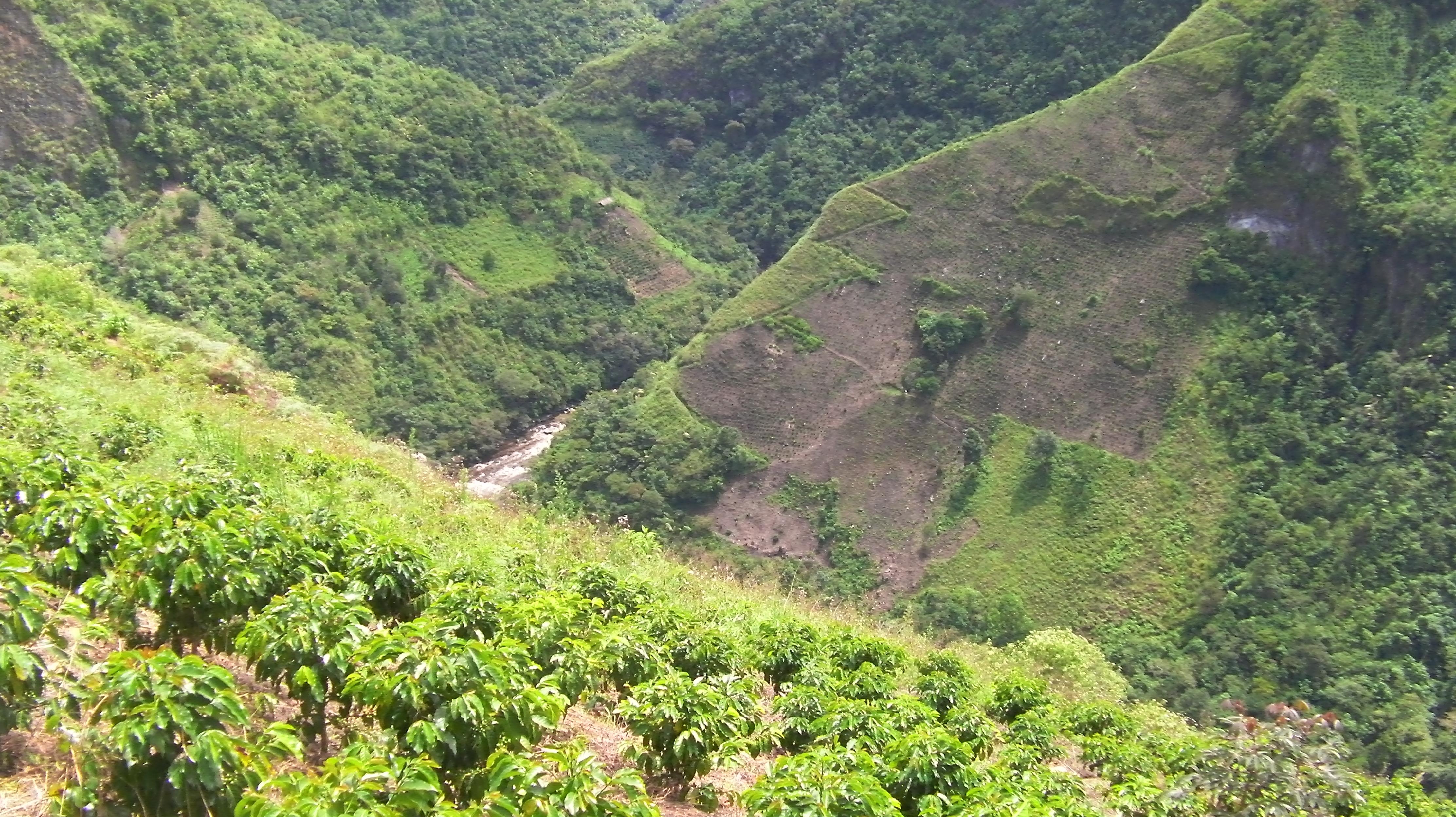 This post was written following the loss of an interview recording and the notes on that interview, so contains no direct quotes and I no longer know all the names. It still seemed an interesting subject so I have written a quick summary.

I met a couple of campesinos from Isnos, Huila, in the nearby town of Pitalito, and later made a brief visit to one of their meetings in Isnos.

They are a recently organised group of campesinos and most of them, like the guys I talked to, have little or no land themselves. They are sharecroppers who work the land of a landlord and must give 50% of the crop to the owner, keeping only 50% for themselves.

They are currently organising themselves to defend their territory against the threat of mining and the threat of the river through their town being dammed – the latter is a much more imminent threat as part of the government’s Master Plan for the Improvement of the Rio Magdalena.

Their area is an agricultural one with a lot of sugar cane growing and panela production. The dam will not only eliminate a lot of agricultural land but will also disrupt all the water courses of the area and the local ecology.

There is a lot of money in developing such megaprojects in Colombia at the moment and these guys admitted that the resistance is so far not sufficiently organised. The story of their own organisation interested me. I was introduced to the campesinos by a woman called Nadia, who along with her husband had helped set up the group.

They had in fact made it their life’s work to organise, having become politicized at university. Neither of them campesinos themselves, they saw that the campesinos often lack the knowledge or resources to oppose the threats against them and deliberately moved to the Pitalito area in order to help organise them. In a couple of years they say they will move on to another area to do the same.

It is an impressive level of commitment, and you can see why it seems necessary when you realize that many people in Colombia are simply unaware that they have, for example, a multinational company’s mining concession covering their lands.