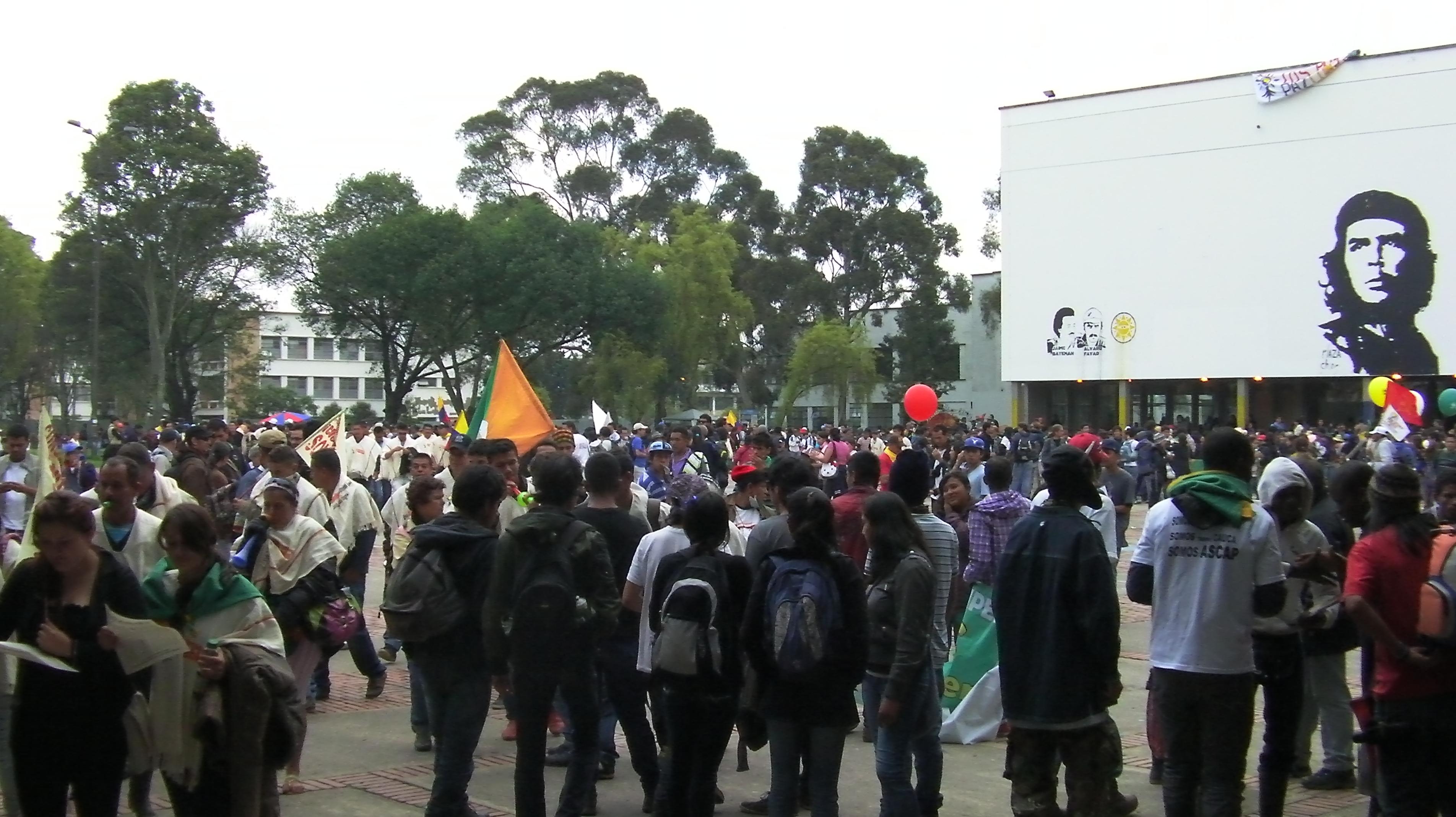 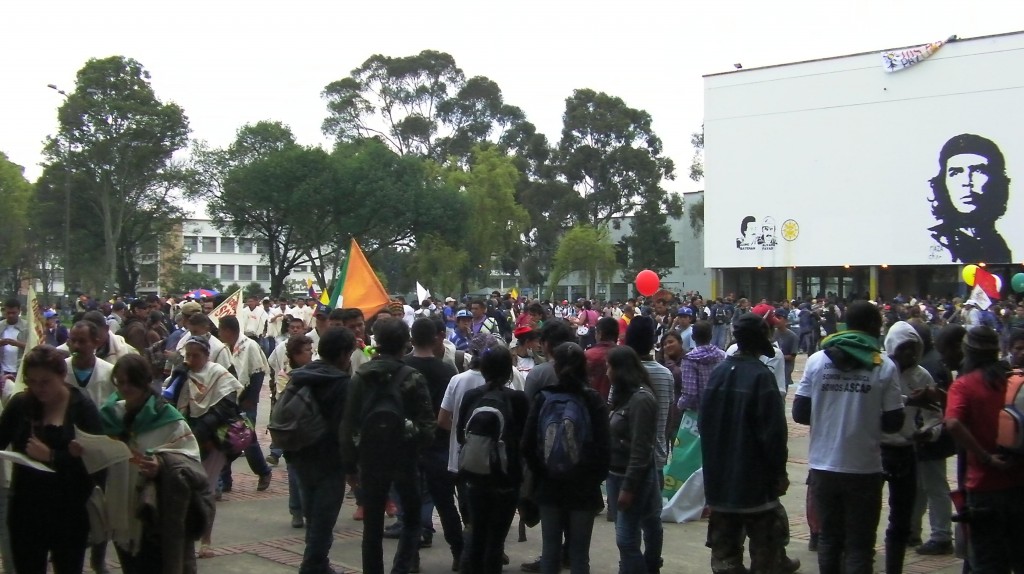 They came from all over Colombia, riding in buses and chivas, many from hundreds of kilometres away, to meet in Bogota under the slogan: “People building peace for a life of dignity.”

The Congreso Para La Paz in Bogotá this weekend was the culmination of a long process of building a people’s agenda for peace. Over the last couple of months regional congresses were held all over Colombia to feed ideas and actions into this national congress, with the aim of contributing to peace in Colombia.

Ana, an indigenous campaigner from Cauca said. “We see this as a continuation of the minga of 2007. We think it’s important to begin building proposals for a country for a country for everyone, a free country.  We want to create the peace in our territories, and we want to be part of this peace. We are the ones who are killed and abused. […]And we want to feel this is our country.”

The Congress brought together many people from different walks of life, including students, campesinos, women’s groups and indigenous groups. For many of them it was their first experience of working together with people from outside their regions.

“It’s not easy to work with so many people,” said Ana, “But we have to get used to diversity of thought. If we unite and respect the thought of others and share experiences, and if we get to know each other and where we come from and learn to live together, through dialogue, then surely we can build this proposal for a country that belongs to us and a peace process in which we are represented.”

Proposals made included: creating regional forums for the government, people and guerrillas to talk; a request that all guerrilla groups be included in the peace talks; a request for a Truth Commission to investigate the conflict; and a proposal for a coordinated national strike in October against the loss of territory to the mining and energy industries.
Workshops were held throughout the weekend at the National University, which hosted the event and served as a camping ground, so that people could feed into the final proposals of the congress.
“We contributed to the workshop on the humanitarian crisis in Colombia,” said Juan, from Cauca. “We didn’t talk about much theory. It was about what we are going to do. Marches, protests and so on.”
Participants in the congress were in agreement that the peace process in Colombia should not just be between the government and the FARC. The congress provided a space for political expression not offered by the government.
Yan Sanchez, from Ibague, Tolima, said “We are meeting here to construct an alternative, a different proposal as we face the social problems of our Colombian reality. We are the people uniting from different sectors of society in search of the creation of a better life.”
The Congress was also about building links with others. Members of other organisations such as Marcha Patriotica were present, and politicians Piedad Cordoba, Ivan Cepeda and Gustavo Petro made appearances. Both the ELN and the EPL guerrilla groups made statements to the Congress, and a message was sent by the FARC team in Havana. There was also an international presence, including speakers from South Africa, Honduras and Guatemala, who shared their experience of post-conflict transitions to peace.

As the press release of the Congreso de Los Pueblos, who organized the conference emphasized, the Congress in Bogotá was part of a long process of organizing.

“Today we are here at this crucial moment, gathered for the actions of peace we have built historically, ready for the creation of our plans of life, harmony and dignity. We are accompanied by the ancestral and ancient forces of men and women of our earth, to advance the construction of a proposal of peace inclusive, participatory, diverse, comprehensive, profound and transformative.”

The final declaration of the Congress emphasized the need for new models of economics and justice in Colombia, in particular defending community territory and uncovering the truth about the conflict. The proposals for action aimed to build the power of Colombia’s social movements.

“We are here to mark out the active participation of social and popular sectors,” said Congreso de Los Pueblos. “Peace is the right of peoples, peace is made by action and by those who can imagine overcoming the conflict.”