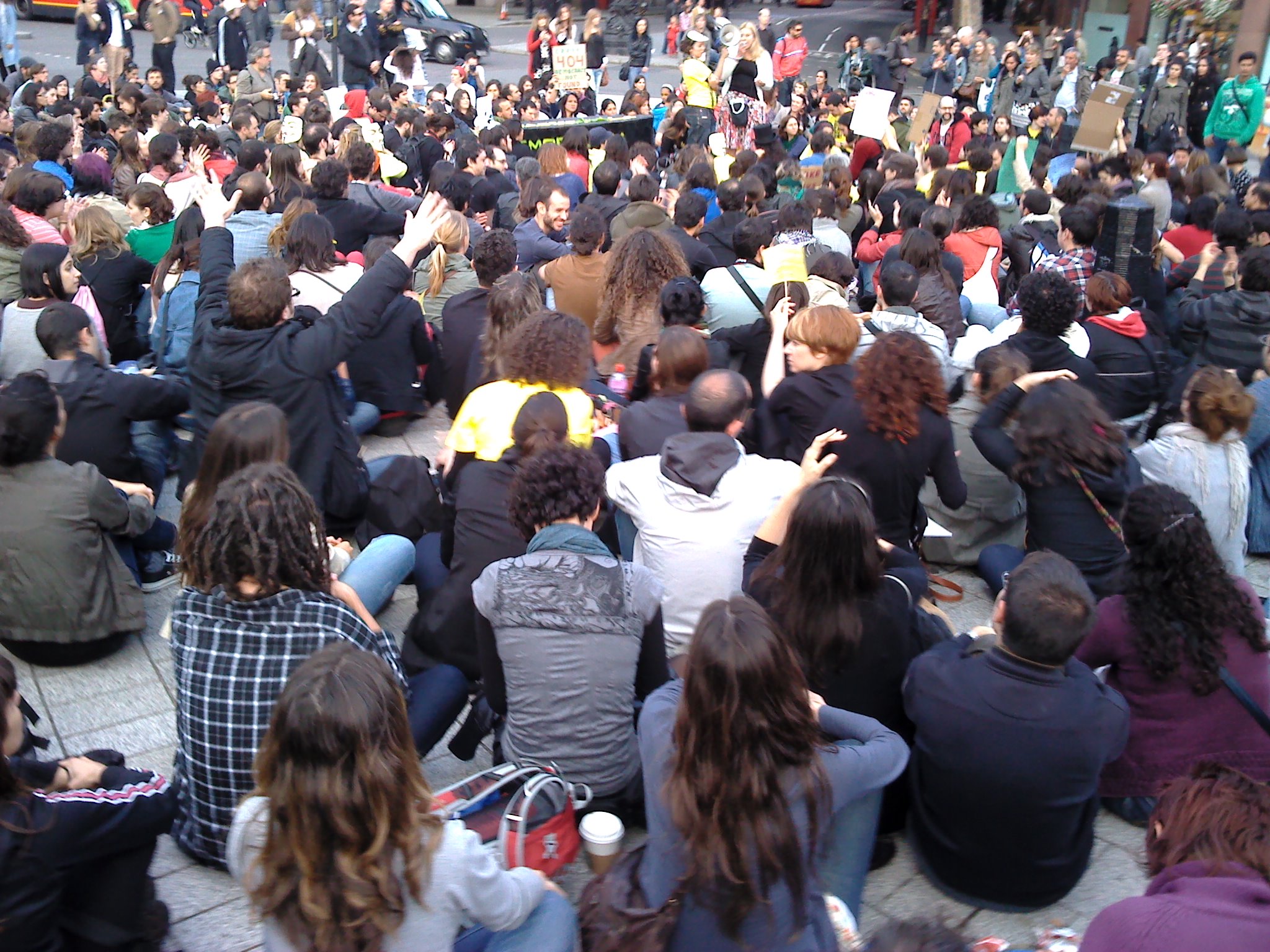 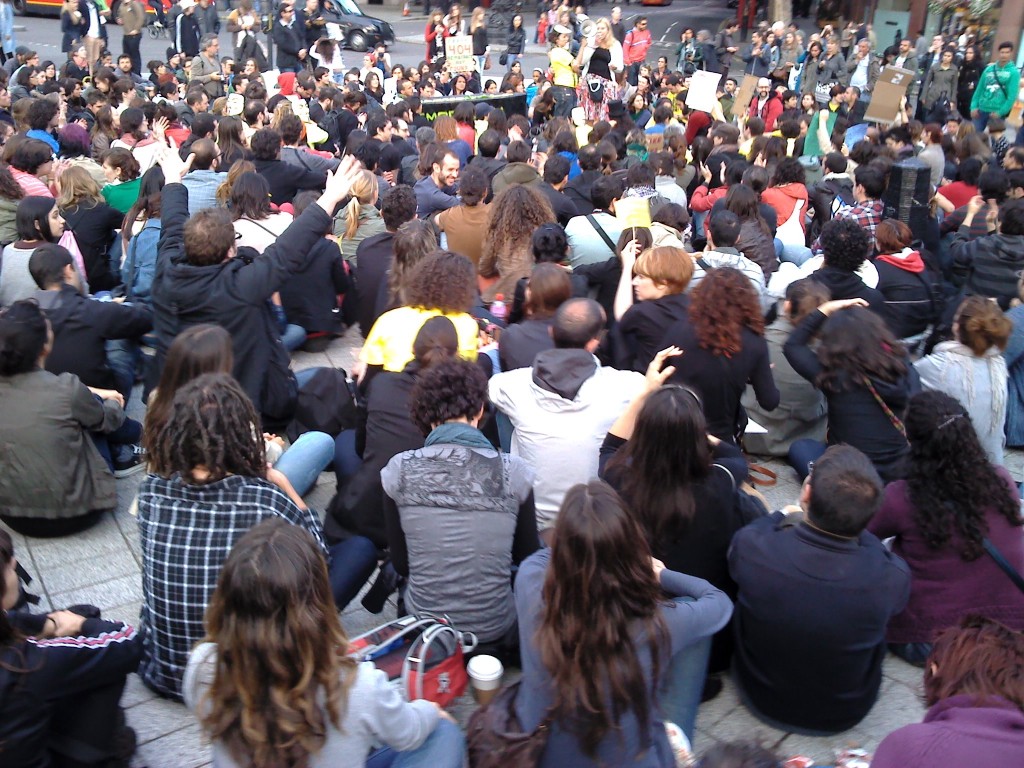 This work by Pablo Iglesias, leader of insurgent Spanish party Podemos, is now subtitled ‘Podemos and the future of a Democratic Europe’. It wouldn’t have been so originally, because Podemos did not exist when the book was first written. This makes the book of historical interest, though the addition of appendices in this 2015 edition have brought it somewhat up to date, just about justifying the subtitle for a book that was not, and could not have been, about Podemos.

A large chunk of the book is taken up with Iglesias’ exposition of Spanish history. A kind of ‘how did we get here’, here being neo-liberalism and a failing European dispensation for Spain. What becomes clear through this narrative is that the ‘mistakes’ of the left were, in his view, nothing to do with poor structuring that allowed organisations and parties to become detached from their bases, but a series of strategic mistakes made by their leaders.

Strategic errors are also made by many on the radical left, he claims, when they demand too much radicalism from left wing vehicles. He cites approvingly Lenin’s attack essay ‘Leftism is an infantile disorder’. What is meant here is that demanding too much purist radicalism is childish, because the people aren’t ready for it. There’s some truth in that: most people in Spain, as in the UK, are not political radicals, and any large-scale movements must bring them on board. Yet how does Iglesias think that movements get pulled leftward? Simply by clever positioning by people like him perhaps? Without a radical left wing one wonders what he would be positioning himself between – the centre left and the right?

I’ll admit to not knowing enough of Spanish political history to know what Iglesias gets right or wrong. He may well be mostly right, though his Marxist framework imposes a somewhat deterministic hindsight-view of struggling power blocs over the complex pathways of the past. Yet the broad overview he takes is disappointing from a man heading a party that denounces the current institutions as corrupt. He rarely critiques the institutions in themselves, with the exception of the monarchy and the EU: the easy targets, in other words. What he critiques again and again, whether in the Transition from fascism or in the present day, is those who do the wrong or corrupt things in those institutions. He looks at their decisions as a strategist looking down, yet rarely seems to suggest that it may be the nature of the state and party institutions that cause the problem. The wrong people are dominant and hold the reins of hegemonic power, in his view. He is the right person to wield  power, it is implied, having positioned himself perfectly as the critical yet mild social democratic voice Spain needs.

When the more recently written appendices do finally get onto Podemos, the position of Iglesias is further revealed. He has almost nothing to say about the democratic nature of Podemos. Remember that subtitle about a democratic Europe? It’s a particularly odd one when Iglesisas appears to have little interest at all in democratic organising. Podemos, in his version of history, was born less out of the horizontol urges of the 15M movement, which he more or less classifies as a failure, and more out off the media project of him and his friends: La Tuerka and Fort Apache. It was these, he insists, that won the loyalty of people. In the age of television, he argues, one can create a party through media alone. He has nothing to say about the autocratic nature of the medium. It is simply a prime ideological tool that the left should use to establish a popular leadership with (sufficiently mild) socialistic goals. I agree that media must play a role in establishing a new common sense, yet should it really be in charge? TV studios have become the real parliaments, Iglesias states as though it is an unchangeable fact. The upshot is that one must try to win on TV above all, with a few ‘good’ leaders facing up to the ‘bad’ leaders in the circus of the studio.

It seems curious that a man so obsessed with the ‘old elites’ of Spain should be so keen on setting up a new elite, yet it is difficult to reach any other conclusion about his goals. The democratic structure of Podemos is only mentioned in passing, and without strong approval. Its purpose as an organisation, one reads between the lines, is to launch the leaders of Podemos into power. Unlike every other person and party in history, we must assume, he and Podemos will be untouched by the degradation and capture that besets every new elite. He and the other leaders of the party will do the right thing, they will make the right strategic decisions, and thus, finally, the possibility of socialism will be opened by a party and leader that have sought to defend themselves constantly against the danger of being too radical.

In the same way movements need their left wing radicals, I’m sure they also need to their Pablo Iglesiases, their strategists and positioners. I’m aware that Iglesias has achieved much, and it’s easy to criticise from an armchair. But surely we must be careful of people who see themselves as ideal leaders. In an interview published as an appendix, Iglesias tells us he gave the king of Spain a gift of a DVD set of ‘Game of Thrones’, remarking that this is what is happening in Spain right now. The metaphor is massively disappointing to anyone who wanted Podemos not to create a new elite but to get rid of the elite altogether. There’s little doubt who Iglesias wants to occupy the Iron Throne.