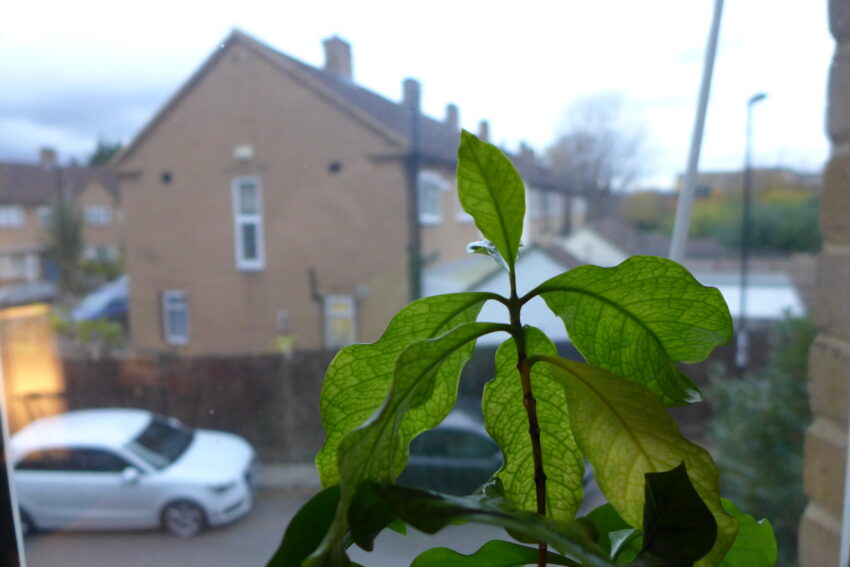 Is it better to be right or to win? And under what circumstances we you do both? These are big questions for a movement of renters in the UK. From the point of view of renters, there is a strong desire to morally judge landlords for their extraction of so much wealth, often for very little effort on the part of the landlords. Landlords meanwhile like to pretend that the arrangement of a Buy-to-Let mortgage, instructing an estate agent and a minimal maintenance schedule constitutes ‘hard work’ for which they deserve a good return.

For many renters this looks like a simple matter of right and wrong. We must denounce the wrongness of the landlords and surely justice must prevail. But before buying into this, let’s think more about how movements win hearts and minds. One common tactic is to gather behind you a mass of people who are energised against a small exploitative elite: ordinary folks versus ‘robber barons’ (nineteenth century US), or the 99% versus the 1%, or the people versus the political caste (Podemos in Spain). And yes, in the UK the workers versus the slum landlords (mid-twentieth century), in order to create large amounts of social housing on land appropriated from landlords. So we’re doing this again, right?

Landlords and those who love them

But hold on a minute. Slum landlords in the mid-twentieth century genuinely were a small elite. Rich men owned whole blocks, whole streets of houses, and with a mass movement of workers agitating for a better standard of living, it didn’t matter that these few rich men were outraged by the appropriation of their property for the building of council housing. But what is the scenario now? The UK has over 2 million landlords. It’s true that there are more renters: 4.5 million households and growing. But what does that alignment look like if we zoom in? There are 2 million landlords, and behind them a queue of people who would like to be landlords if they got the chance, because they’ve seen people making relatively easy money off it. So let’s add a million aspiring landlords. Now let’s think of all the people who love landlords, because they are their friends, their parents, their uncles, their neighbours who they like. Perhaps landlords aren’t as lovable as other people, but let’s say conservatively each of them is loved by three people who is not a landlord. That’s 8 million people who don’t like to hear moral condemnation of landlords, plus a million aspiring landlords to get 9 million.

Renters and those who love them

And what of renters? Clearly they are more lovable, let’s say each of them is loved enough to defend their interests by 4 people. That puts the numbers of people who will actually fight for renters at around 22.5 million. This is a good number, but paints rather too rosy a picture. The reason is that while the numbers of aspiring landlords can be added to the group of those who will fight for landlord’s rights, with renters we have to deal with the aspiring homeowners who consider themselves temporary renters. While it is difficult to get ‘on the housing ladder’ it is not yet impossible, particularly with the help of asset-rich parents. And those people are just not as bothered about renting difficulties as people stuck there permanently. So I think we need to take a million off the number who will fight for renters and only then add the people who love them, which gets us to 17.5 million.

So what we’ve got is 17.5 million on the side of renters versus 9 million on the side of landlords. Yes, there are more on the side of renters, but the numbers are too close: with groups so similar in size it cannot be depicted as the masses versus the elite. Now obviously I made up a lot of these numbers, those who love landlords and renters overlap, and my results aren’t at all accurate, but nonetheless I think the broader point stands: to depict yourself as being the ordinary people against the elite, I think you’d want to be at least ten times the size of your opponents group, possibly a hundred times. However we fiddle with these numbers (or add in the differing numbers of people in the households of renters and landlords, say), I think we’ll get the same essential result. The size of the groups are too close to each other to choose landlords as an ‘elite’ against whom to fight. And if we try to do it the kickback (when people hear we are trying to do it) will be massive and possibly fatal.

The kickback could look like anything from the depiction of fighting renters as scroungers trying to get advantages other people haven’t had, to a parade of little old grannies in the press denouncing our attempts to undermine their ‘pensions’. Renter campaigners could very easily be made to look like the bad guys. There’s no point in complaining about a hostile press further down the line. We all know that a hostile press has to be assumed. The problem gets worse: governments know that they can win or lose elections on housing policy, but the grim reality is that many homeowners could see their interests aligned with landlords, since they all want to keep house prices high. This is not a battle to walk into glibly thinking ‘there are more renters than landlords so we can definitely get the vote on our side’. The media can and will depict landlords as ‘ordinary people’, with some plausibility, and many homeowners who ostensibly don’t have a dog in the fight will fall in with that narrative if they see house prices threatened. It is vital then to never attack in such a way as to make homeowners and landlords feel aligned, and I do feel that most direct attacks on landlords are likely to result in hostile media attempting to aggregate the two groups. Given that most homeowners will know a landlord socially or through family, this will probably succeed. It would be very easy to lose the narrative to the mainstream media like this, in fact is one of the most likely outcomes.

Does this mean we should never moralise against landlords?

Clearly there are circumstances in which morally condemning specific landlords is right and necessary. Popular narratives in the news often use morality stories as their framework, and we can too, but this almost always revolves around individuals. Extending the morality story to all landlords I think has some value within the left itself, where people are concerned about exploitation as a concept. We can call this the systemic morality story and it is not very different from denouncing all factory bosses, whether or not they are nice to their pets. The left historically has loved systemic morality stories. But I’m not sure that the housing systemic morality story can ever be sold to the wider public in present circumstances, because it will always get individualised into people that they know, the landlords that they love or respect or want to become. And denouncing someone’s favourite uncle is not a good way to get lots of people on your side.

So the landcape in which renters are fighting is an awkward one. That doesn’t mean that renters can’t win. There are social movements that win when they are equal in size to their opponents, or even minorities. But it is unlikely to happen if the large opposing group feels too threatened by the social movement, particularly economically. When the civil rights movement gripped the US there were many who thought they would lose out from equality, but mostly in the sense James Baldwin talks about: they would no longer feel so enabled to feel superior to others. Would the civil rights movement have been as successful if more white Americans (in the North as well as the South) had felt economically threatened by equality for black people? Probably not, is the brutally honest answer. But what does this mean for us? Can we really win as renters without economically threatening landlords? Maybe not, but let’s not despair, I think there are ways to untie this knot:

Option 1: Tie your housing program to a wider program against inequality

The reduction in unearned income from landlordism can be made much more tolerable by tying the movement of renters to a broader program to decrease inequality. On a conceptual level this is kind of a no-brainer: we can tie housing inequality to income inequality, to pension inequality, and by solving all of the problems together can give the majority of people a better quality of life even as a handful of landlords lose out. I’d love to take this path but unfortunately in the wake of the defeat of Corbynism we do not have a mainstream political party in the UK committed to fighting inequality (A harsh assessment of Starmerism? I think I’m just taking him at his word. Sinn Fein is the more serious exception at the moment but only across the water). To what other movements could we hitch ourselves then? I don’t know if there is an answer at present, though one may appear as other social movement configurations emerge. Let’s all work towards it but in the meantime we’re somewhat adrift.

Option 2: Work very gradually so as not to scare anyone too much

Yes, this is kind of the centrist Labour approach, if they cared enough to address the problems of renters. Build more social housing, but not too much. Create rent controls, but not too strong (see Scotland). Tax some landlords out of business, but not too many. Make sure to keep house prices up at all times so as to not lose the homeowner vote, but try to get wages higher to compensate. It’s not a very appealing solution for many involved in fighting for renters, but I’m including it because I genuinely think it could do some good over the longer term. The problem is, the longer term is too long. People are living in poverty and squalor right now and solutions that might pay off in 20 years (assuming everything isn’t undone by subsequent Tory governments) don’t really cut it.

Option 3: Choose a smaller group as your target

We can still create a movement that imagines the masses versus an elite. We would simply need to pick a smaller group of people than ‘landlords’ to target. Given the unfortunate political landscape in the UK at present this is the approach I currently favour. So what would the target group look like? We need to envisage a group of wealthy, powerful decisionmakers: MPs, council leaders, housing association chief execs, buy-to-let lenders, big developers, corporate landlords. We could group these together under a label like ‘housing bosses’ or ‘the housing establishment’, and say we are targeting them. Housing bosses are the people who have structured this inequality, who have enabled the exploitation of renters, and we must put a stop to what they are doing and force them to create good housing for all. You’ll note that this dodges the question of whether or not house prices will be affected, and tactically I think that’s the right thing to do. If at some point the policies we demand do affect house prices then help should be offered to homeowners who are at risk of falling into poverty. But the key thing is that you are not directly attacking groups that are quite dispersed in society, you are targetting the housing establishment and the exploitation they have enabled.

What do you think?

I should caveat all my posts by saying they are never finished thought processes, just where I have got to right now. I’m always happy to hear other views from people and perhaps persuaded of something different. Drop a comment below or send me comments personally if you know me.