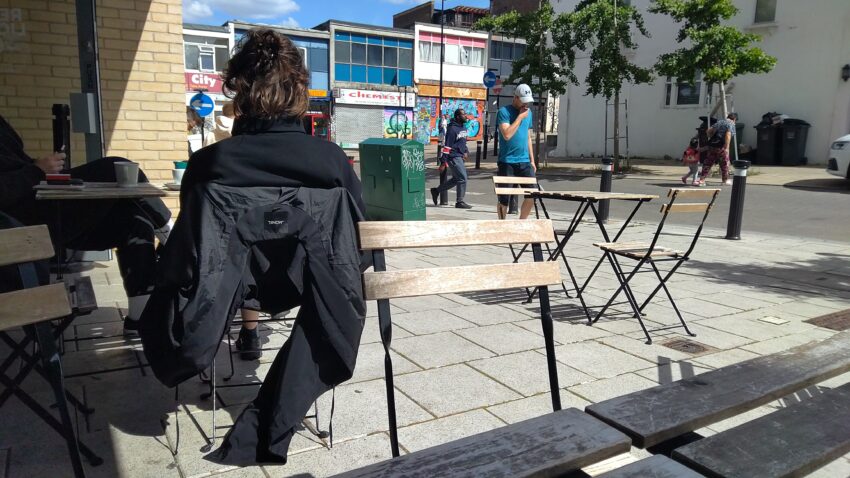 An organisation like London Renters Union sees itself as part of a renters’ movement, or sometimes a housing movement. Like all movements it is not clear where the boundaries of the movement are, nor should it be. However activists in LRU do sometimes talk about a ‘renter identity’ that LRU is trying to marshall into a movement. This is one of the few interventions of academic social movement studies that gets talked about in social movements: the need to construct a collective identity, as discussed in ‘new social movement’ theory. In LRU this seems to refer to an identity constructed within the organisation. More on that in a moment.

The problem to which ‘collective identity’ was the solution was ‘why do people put so much energy into social movements which are unlikely to yield benefits to them personally?’ The answer offered is the feeling of belonging and community that people get through collective identity in otherwise depersonalising societies. There is definitely some truth to this as a benefit of social movements. Yet there is also some nonsense to the original question. Why do people do anything that doesn’t benefit them personally? There are myriad reasons: because they enjoy the process, because they want to give meaning to a life that seems meaningless, because their friends are doing it, because they get a kick out of it, because they like problem-solving, because they are drawn to that issue by unconscious processes arising from childhood, and yes, because they can make friends doing it, and like feeling a part of something.

My instinctive answer to that is, probably, or at least in part. The reason is that I believe many people involved in social movements can be quite task-oriented. They aren’t always trying to build a community or get any rewards besides the satisfaction of getting something done, getting something that matters to them changed. Which isn’t to say that collective identities aren’t important sometimes: the feeling of ‘we-ness’ in moments of crisis and social movement peaks can create feelings that propel the movement forward for years. But my instinct, having been involved in many movements, is that those feelings aren’t always necessary. Sometimes people get together to just get shit done.

Why does this matter? Because while it may be reasonable for core participants in social movements to develop collective identities with each other, social movements also need non-core participants, and they often don’t invest enough time with other people for a collective identity to be able to develop. These people may stand on the sidelines (or busy themselves with other social change projects) until a moment offers itself in which they feel they can really create change. Then they’ll step in and offer a helping hand to get the job done, whether that’s in the realm of protest or policy or the ballot box.

I think it’s important for a renters movement, and London Renters Union specifically, to think about this type of social movement participant. Why? Partly because I think we need to accept the very clear fact that some people who are on our side will never come to regular meetings. I feel that at present we try to engage all our members in quite intense processes, which can result in bonding and collective identity, but that in doing so we often aren’t creating a place for the people who can only intermittently be involved, or who will only step in at key moments when they feel really needed. We don’t take account of the fact that we might need this reserve army at key points to push us forward. If you’re not coming to plenty of meetings you’re not part of the movement, is what we project, intentionally or not.

This has implications not only for the peaks of social movement cycles when that reserve army might be needed, but for the everyday too. Don’t we want thousands more people out in society dropping our ideas and desires into everyday conversations and actions? Don’t we need the help of these less active people to ‘normalise’ what it is that we do? Could we, rather than asking busy people to come to two meetings a month or more, ask them to come to socials, or protests, or to trainings a couple of times a year – or even just once – that will be useful to them out in the world? Trainings in things like how terrible renting in the UK is compared to many other rich countries, or how to defend rent controls or other more radical policies. We wouldn’t use such events to persuade into branch meetings people who wouldn’t enjoy them or wouldn’t have time, we would respect what time they have to offer and say simply: ‘Help us get this done with whatever time you have’. It’s important that people not feel guilty about what they do have to offer, even if it is very little and they only come to something we ask of them once a year. After all, that one time may turn out to be very useful to the movement.

But it’s also important to remember that a movement is not a particular organisation or set of organisations, it is the diffusion of new ideas or ways of being through society such that they become more dominant. I wonder if we could pay more attention to diffusing ideas as well as building organisations. To do that we would need a somewhat different story about what it is we are doing. As well as doing community organising, which does involve building a collective identity, we would be trying to recruit allies in every section of society. They wouldn’t be part of any intense collective identity, and we might not even see very much of them, but they would all potentially play a part in our collective task of normalising the demand for better housing.